What would you ask Perez Hilton? 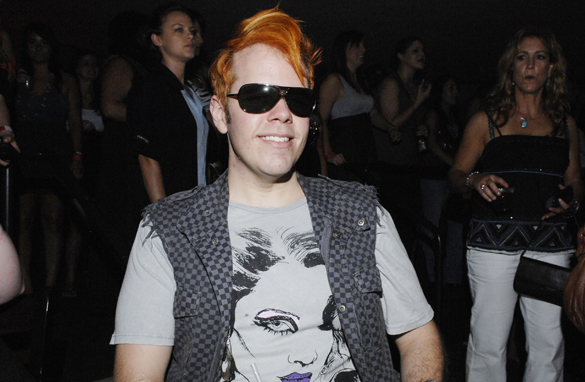 On Thursday Connect the World delves into the murky world of gossip with Perez Hilton, outrageous author of "Hollywood's most-hated Web site" and salacious scourge of the rich, famous and indiscreet.

Hilton's celebrity-obsessed blog is a must for millions of people who want to know what their favorite stars are up to. Far from being an anonynmous blogger he appears to love the limelight and the lifestyles of those people he writes about.

Openly gay, he has been criticized for outing celebrities. His outspoken views and desire to be the first to deliver gossip to a waiting world has won him as many enemies as it has friends - and revulsion and respect in equal measures.

If you could ask Perez anything, what would it be? Send your questions by commenting below and we'll put the best ones to the man the stars fear most...

Would the World Cup miss Argentina?

They are football's royalty, the marquee players whose almost super human ability on the ball wins cups and championships; their faces adorn billboards and magazine covers from China to Colombia.

[cnn-photo-caption image=http://i2.cdn.turner.com/cnn/2009/images/09/09/messi.art.gi.jpg caption="Lionel Messi could miss out on the 2010 World Cup if his team Argentina fail to improve."]

But, amazingly, the likes of Lionel Messi, Cristiano Ronaldo and Thierry Henry may all be absent from the World Cup finals in South Africa.

Tell us: Will you miss the star players at next year's World Cup? Or do they need to make way for new talent?

Qualification for next year's tournament has thrown up a host of surprise results with a number of top teams, including Argentina, Portugal, France and Egypt all in serious danger of missing the tournament.

Would you miss Argentina at the World Cup finals? Read more of this story at CNN.com's Football Fan Zone.

RT @CNNConnect: “We have videos of the military putting the voters at gun point to pick General Museveni” Speaking from what he describes…
beckycnn

12:35 am ET January 23, 2021 RETWEET
RT @CNNConnect: Olympic gymnast @Bdownie speaks to @BeckyCNN as Japan insists the Olympics will go ahead, despite rumours to the contrary.…
beckycnn

5:17 pm ET January 21, 2021 RETWEET
RT @CNNConnect: “Is our America not dead but a country still waiting to be born?” W@ThePeoplesInaugnaug kicking off today, campaign manag…
beckycnn