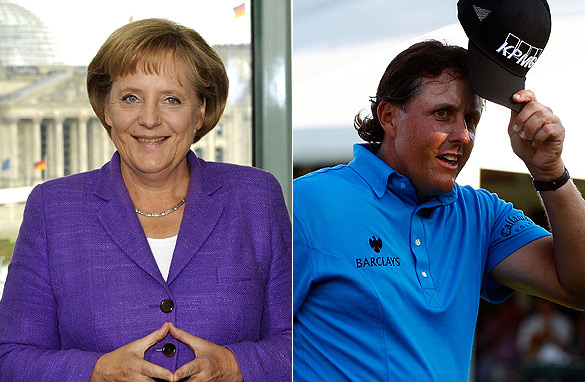 In this week’s challenge we want you to connect Angela Merkel, who's just been elected German Chancellor for a second time, to golfer Phil Mickelson, who's won the U.S. Tour championship.

– Who has also interviewed model Iman…

– Who starred alongside Steve Martin in "L.A. Story".

– Who returned to "Saturday Night Live" last year with a dead-on impersonation of - and on one show appeared alongside - former vice presidential candidate Sarah Palin.

Remember: you need five other people between those two: no more, no less. If you want your friends to take the challenge as well, then click the “share post” button below.