Connector of the Day – Nicholas Thompson

Have we learned anything from the Cold War?

At a time when the U.S. is fighting wars on two fronts, the recent publication of "The Hawk and the Dove – Paul Nitze, George Kennan, And the History Of the Cold War" has reminded the world how important the lessons of history can be. What policies are more effective: aggression or reconciliation? That's how Nicholas Thompson makes a work of two contrasting biographies relevant and important to us today.

Nicholas Thompson: tech guru, recording artist, and now historian, is the ultimate jack-of-all-trades. His day job is as a senior editor at Wired magazine delving into everything from the existence of a Russian Doomsday machine to the latest developments in smartphones.

Send Nicholas your questions on anything from secret Russian weapons to the inside buzz on the new Mac tablet. We'll put them to him live during Friday's show.

Connector of the day - Ricki Lake

Advances in modern medicine have transformed the experience of giving birth, making it safer for women.

caption="Ricki Lake has become an advocate of natural childbirth."] Yet a recent study found that more than 2 million mothers and newborns die each year from childbirth complications. The study said that most of those deaths occurred in rural areas - and could have been prevented if there was better access to life-saving emergency procedures, like caesarean sections.

But in some parts of the world, the arguement runs, the procedure is overused and many women are going under the knife unnecessarily.

Is natural best when it comes to childbirth? Or should we take advantage of medical technology?

The World Health Organization recommends that the optimal rate of C-sections should be between 5 percent and 10 percent because of the risks associated with the procedure.

However in the United States, for example, 28 percent of babies each year are born by caesarean section.

Actress and TV chat show personality Ricki Lake is perhaps best known for movies such as "Hairspray," as well as being a weight-loss role model who went from 260 pounds to less than half of that.

Now she is also growing a reputation as an advocate for natural birth.

As a producer for the documentary "The Business of Being Born" and co-author of "Your Best Birth," Lake has questioned whether a mother should receive expensive and, in some cases, risky fertility drugs and medical procedures in order to undergo a successful child birth.

Ricki will be joining Connect The World on Monday to discuss her experiences with motherhood and childbirth.

Send us your comments and questions for Ricki and we’ll do our best to use them on Monday's show.

Should prostitution be legalized?

It's a centuries-old business that spans continents, can offer up multi-billion-dollar rewards but has also claimed many, many victims: the sex industry.

Should prostitution be legalized? Would this reduce the exploitation of sex workers - or simply make it worse? Send us your comments and we will try to use them in Thursday's live chat on Connect The World.

The show has looked at the sex industry throughout the world this past week.

In many industrialized nations, the adult entertainment industry has been hit by the global economic downturn, with Web piracy a particularly big threat to the revenues of the business.

David McKenzie has reported on the example of child prostitutes in Kenya, where foreign tourists pay for sex that would be classified as rape in their countries. As drought and chaos engulfs Kenya, so more and more children are turning to sex for income.

In Afghanistan, correspondent Atia Abawi highlighted the case of young boys who are lured or snatched from their families and forced to become sex slaves by powerful men.

And in Hong Kong, girls as young as 13 are selling their time and often their bodies for quick cash. The practice is called "compensated dating," reported Pauline Chiou, with young girls spending time with an older man for a fee on the understanding that the "date" can involve sex.

Watch the Connect The World webcast and have your say as Becky Anderson discusses the issues and answers your questions. CNN.com Live at 2200 GMT/2300 CET with accompanying live Skype text chat from 2130 GMT/2230 CET.

Time to think laterally, it's time for the Connect The World Six Degrees challenge. All you need to do is connect two personalities in six moves. 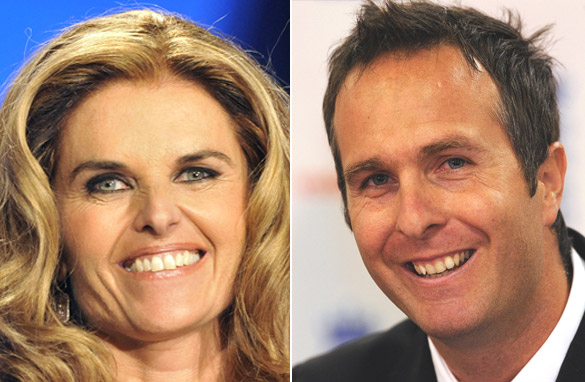 Leave your submissions in the comments section below, and the team will pick the most creative connection, and we'll announce the winner on Friday's show.

Remember: you need five other people between those two: no more, no less. If you want your friends to take the challenge as well, then click the “share post” button below. To see previous challenges, click here. Happy connecting!

Calls for an end to the U.S. trade embargo against Cuba are growing louder. After nearly 50 years, most Americans, even many Cuban exiles, say it's time to lift it. On Wednesday the United Nations voted overwhelmingly once again to condemn the resolution and urge an end to the policy, as it has for the past 17 years.

Washington imposed the tough sanctions on its Cold War foe in a bid to topple Fidel Castro but it's found itself increasingly isolated on the issue.

Susan McDade, U.N. resident coordinator, says: "I'm not an expert on U.S. politics but what I do know is that any head of state, if they were to see the overwhelming majority of countries being against a domestic policy would use that as part of their domestic discourse."

The embargo has blocked almost all bilateral trade, making it hard to get many medicines and spare parts for everything from cars to refrigerators. Cuba says the embargo has caused $96 billion in losses while cargo ships from any country that dock at Cuban ports can't trade in U.S. ports for the following six months.

Many Cuban dissidents call it a failure and argue that it gives the Castro brothers an excuse for the country's economic woes.

In the U.S., backers of the embargo say it keeps money out of the hands of a repressive regime. And the political strength of the Cuban-American community in South Florida has deterred both Republican and Democratic presidents from lifting the embargo.

But recent generations of Cuban-Americans have been less interested in clamping down on Castro's regime. A recent poll taken mainly in Florida showed as many Cuban-Americans wanted the embargo lifted as those who want it maintained.

So is it finally time to lift the embargo? Is it in fact counter-productive in cementing the Castros' grip on power? Should the U.S. even be using its economic might to topple the Cuban government? Or do you believe the embargo is justified and effective? Send us your comments and we will use them on tonight's show.