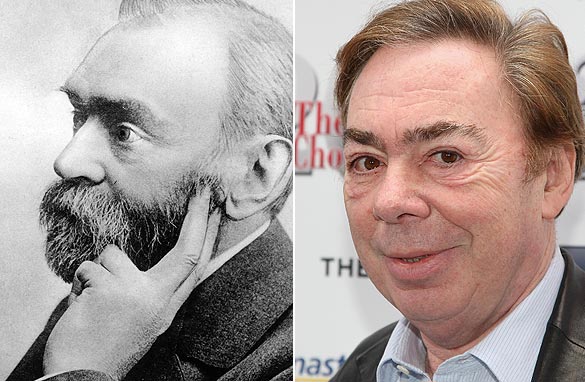 The week we’ve chosen chemist Alfred Nobel – who established prizes for outstanding achievements in sciences, literature, and peacemaking – and composer Andrew Lloyd-Webber, who is launching the sequel to musical Phantom of the Opera in London’s West End and on Broadway.

- On a visit to Israel Angela Merkel was greeted at the airport by former Israeli PM Ehud Olmert.

- Bush was replaced at the White House by Barack Obama.

- Obama was obviously present when golfer Tiger Woods spoke at the presidential inauguration celebrations in Washington.

- Woods played with Padraig Harrington during the PGA Championship.

- And Harrington in turn has played against Phil Mickelson at the 2008 Ryder Cup.

Remember: you need five other people between those two: no more, no less.