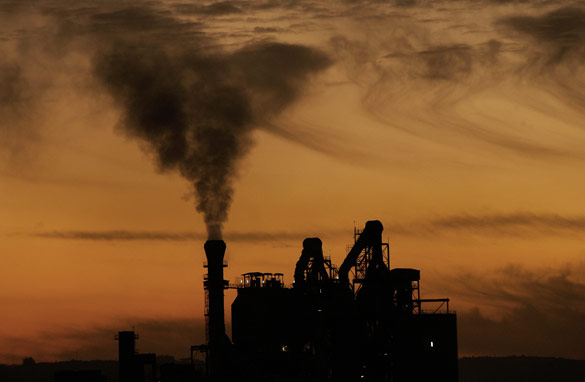 Has 'climategate' changed your opinion of global warming? (Getty/AFP)

CLARIFICATION: An earlier version of this blog post stated that: “Recent polling by Rasmussen Reports show that the number of people who believe global warming is a serious problem is on the decline.” The Rasmussen poll is actually intended to gauge opinion among likely U.S. voters, rather than the general population. This blog post has also been updated to make clear that the Rasmussen poll was conducted in April.

(CNN) Climate change scientists have been cleared of any wrong-doing after a seven month investigation unveiled that professor Phil Jones did not fudge data to try to silence skeptics.

Muir Russell, who led the investigation, found that scientists at the climatic research unit at the University of East Anglia did not do anything to change or alter critical data and they still produced work in a "rigorous and honest" way.

The controversy was sparked when years of e-mails between the scientists were released online and disseminated by climate change skeptics.

The nay-sayers argued that the e-mails showed that years of research were manipulated to back up the theory of man-made climate change.

While the inquiry may have given the all clear to the scientists, the controversy may have done more harm than good to the cause.

A poll from April 2010 by Rasmussen Reports show that the number of likely voters who believe global warming is a serious problem is on the decline.

The telephone survey found that 54 percent of people believe that climate change is a serious problem - that's down eight percentage points from a year ago.

43 percent of those surveyed said that climate change is not a serious problem, including 21 percent of people who said it was not serious at all.We want to know what you think.

Has the 'climategate' scandal changed your opinion of global warming? Do you still believe that it is a serious problem? Has concern for global warming taken a back seat to economic issues that many countries are face?

Leave a Reply to RoySiman