Steven Silver began his career in the South African film industry before writing and co-producing the feature documentary Gerrie & Louise, which won an International Emmy award.

[cnn-photo-caption image= http://i2.cdn.turner.com/cnn/2010/images/10/29/silver.art.gi.jpg
caption="Steven Silver is your Connector of the Day."]

His other documentaries include "The Last Just Man," "The Diameter of a Bomb" and "The Dark Years" an animated documentary that won the animation competition at the Ottawa International Animation Festival.

He was also executive producer on Roger Spottiswoode's "Shake Hands with the Devil."

"The Bang Bang Club" is his latest feature film.

The Bang Bang Club was a nickname for photographers Greg Marinovich (Ryan Phillippe), Kevin Carter (Taylor Kitsch), Ken Oosterbroek (Frank Rautenbach) and Joao Silva (Neels Van Jaarsveld) because they were always in the thick of the gunfire, or the "bang-bang" as locals said.

Witnessing the injustices wrought by F.W. de Klerk's lackeys, the young men knew that the truth had to come out.

Fuelled by adrenaline and moral outrage, they risked their lives to document the horrors of the civil war that wracked the nation.
With the help of Robin (Malin Akerman), their no-nonsense photo editor, their photos helped focus world attention on the plight of South Africa and galvanize international opinion to end apartheid.

Greg Marinovich and Kevin Carter each won a Pulitzer Prize for their astonishing photojournalism, but the horrors they witnessed took a devastating toll.

Here's your chance to quiz the director of the film, Steven Silver.

Please leave your questions for Silver below and be sure to include where you're writing from.

What were the best bits from the web? 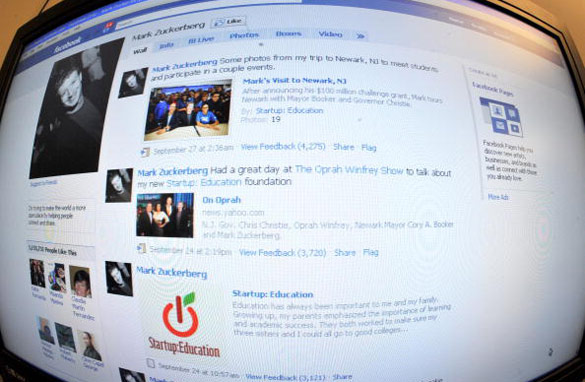 Each week there are countless memorable moments from things that have happened on the web - from a funny viral video to an interesting new tech innovation.

Well, as this week draws to a close, we want to find out from you what some of your favorite social media moments were from the last seven days.

This will be part of a new segment on CNN International that we're calling "Week on the Web," but before we choose the best bits from the online world, we want to hear your suggestions.

All you have to do is tell us below what your most memorable moments from the web this past week were and leave them below.

If there's a link to a video, story or article, please include it in your submission.

Some of the ideas we're thinking of including in our Friday segment is the 25th anniversary of the Nintendo Entertainment System and the world's most tagged photo.

Please leave your suggestions below and be sure to tell us where you're writing them from.

Nigerian actress Genevieve Nnaji has been dubbed the Julia Roberts of Africa by millions of fans on the continent and now she's trying to make a name for herself in the west.

[cnn-photo-caption image= http://i2.cdn.turner.com/cnn/2010/images/10/27/nigeria.art.gi.jpg
caption="Genevieve Nnaji is your Connector of the Day."]

The 31-year-old Nigerian born Nnaji is the fourth of eight children and had the opportunity to attend the University of Lagos where she acted in a number of Nollywood productions.

Nigeria has one of the world's biggest film industries and produces even more movies each year than the United States.

The industry outputs more than 200 movies each month and is estimated to be worth more than $250 million.

Nnaji started acting at the age of eight and had her first stint in the spotlight in the television soap opera "Ripples."

One of her first big Nollywood films was the movie "Most Wanted" and the rest is history. Nnaji went on to star in a number of highly successful movies and is generally considered to be one of the best paid actresses in Africa.

Here's your chance to ask one of the biggest stars in Africa your questions.

Do you want to know what it is like working in the Nollywood film industry? Interested to know what films or actors she admires in Hollywood?

Please leave your questions for Nnaji below and be sure to include where you're writing from.

You can also leave your comments on our Facebook fan page - just visit www.facebook.com/CNNconnect .

With a name like Seal, it's hard to forget who the English born musician is.

Seal began singing during the 1980s and had the odd job in places like Thailand and Japan before returning to London.

His big break came when he met a music producer named Adamski, who gave him the lyrics to a song called "Killer" which was a huge hit in 1991.

Seal's second album was released in 1994 and it included the huge hit single "Kiss from a Rose."

Seal has won a variety of music awards including the BRIT, MTV and Grammy award.

The singer is now out with his seventh album called "Commitment."

Here's your chance to send in your questions to Seal.

Please leave your questions for Seal below and be sure to include where you're writing from.

John Legend’s path to success is one most musicians can only dream of.

The artist started his career as a college student at the University of Pennsylvania where he was tapped to collaborate with Lauryn Hill on her current album at the time.

Shortly after graduation he was introduced to Kanye West who eventually helped him sign a deal with Columbia Records.

His first album “Get Lifted” earned Legend 6 Grammy awards including Best New Artist. It went on to sell 3 million copies worldwide and debuted in the top ten of the Billboard 200.

His next two albums came out in quick succession and were greeted with equal acclaim. And in 2007 Legend was awarded the Starlight award from the Songwriters hall of fame.

And this year he’s released a collaborative album with The Roots entitled “Wake up” featuring a range of guest artists.

This is your chance to ask the musical “Legend” you’re questions. Need some tips on the Industry? Want to know his song-writing secrets?