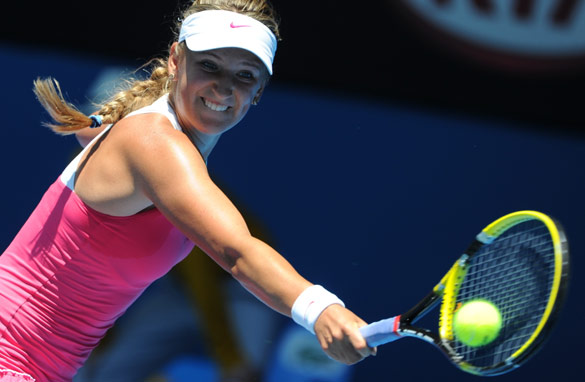 She’s made it into the quarter-finals and will play Li Na of China next. Victoria was born in Belarus, but moved to Arizona to train.

She’s ranked number four in the world – which makes her  the highest ranked Belarusian in WTA history. The aggressive baseliner is hopeful that 2011 will be her year in Paris.

Victoria Azarenka is your connector of the day.  Now it’s your chance to ask the tennis star your questions. Please post them below.