The best viral videos from the past week

Born in 1966, David Schwimmer is one of the world's most recognizable actors.

Schwimmer will be most familiar to audiences for his role as Ross in the hit comedy series, "Friends."

After "Friends" Schwimmer acted in other well known television dramas and comedies including "Band of Brothers" and "Curb your Enthusiasm."

Today, he's out with a new film called "trust_" which is a story of how the internet can impact the innocent lives of children who use it to make friends virtually.

Here's your chance to quiz one of Hollywood's David Schwimmer.

COTD: One of the world’s most famous spies.

Fmr. CIA agent Valerie Plame Wilson is one of the world’s most famous spies.

The glamorous blonde spent most of her career working undercover – until, in 2003, she was outed by columnist Robert Novak in the Washington Post.

The revelation set off a fully-fledged political scandal.

Members of the Bush administration were accused of blowing Plame's cover as retaliation for an op-ed written by her husband, Joe Wilson, in the New York Times. His article disputed claims that Saddam Hussein's Iraqi government was trying to buy material in Niger to make weapons of mass destruction.

The “Plame affair” and subsequent investigation into the source of the leak eventually led to the indictment of US Vice President Dick Cheney’s chief of staff, Lewis “Scooter” Libby. He was convicted on four counts of perjury, obstruction of justice and lying to federal investigators in March 2007.

To this day, Wilson insists former Vice President Dick Cheney was involved in the disclosure – although Cheney told a special prosecutor in 2004 that he had no idea who leaked Plame's identity.

Plame Wilson has published an autobiography about her experiences – Fair Game: My Life as a Spy, My Betrayal by the White House, and the couple’s story has been made into a major motion picture. 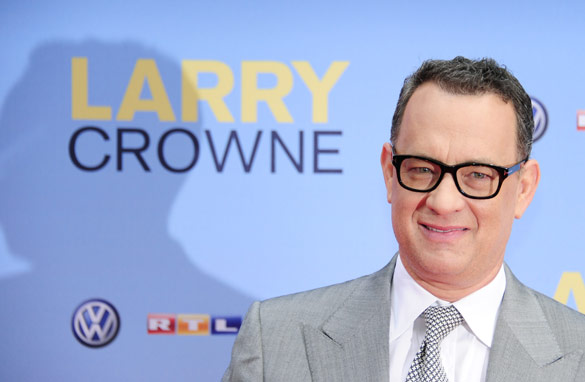 He's one of the most popular and bankable actors in Hollywood.

Tom Hanks has been wowing moviegoers for more than three decades and pulled in over three billion dollars around his films.

Hanks has also won the Oscar for roles in films like Forrest Gump and Philadelphia.

Today, he is out with a new film called Larry Crowne that he produced, directed and stars in.

Please leave your questions for Tom Hanks below and be sure to tell us where you're writing from.

On June 2009, Iranian woman Neda Agha-Soltan was killed in the streets of Tehran during the Iranian election protests.

[cnn-photo-caption image=http://i2.cdn.turner.com/cnn/2010/images/06/18/neda.art.gettyimages.jpg
caption="Anthony Thomas is your Connector of the Day."]

Her death was captured on video by bystanders and within hours was broadcast on the internet, bringing global attention to the dissent surrounding the country's rigged elections.

The 26-year-old became a symbol of freedom for the millions in Iran who want an end to the country's repressive state.

The Iranian government responded with claims that Neda was alive and living in Greece, and then later, that she had been killed by the doctor who witnessed her death.

Amid these stories, Iranian journalist Saeed Kamali Dehghan and award-winning British filmmaker Antony Thomas worked to tell the truth in what has become the acclaimed documentary, For Neda.

The film was first released in June 2010 and includes intimate interviews that Saeed obtained at the risk of arrest with Neda's family.

As we approach the second anniversary of Iran's Green Revolution, we talk to Saeed and Antony about the impact their documentary has had on keeping Neda's legacy alive.