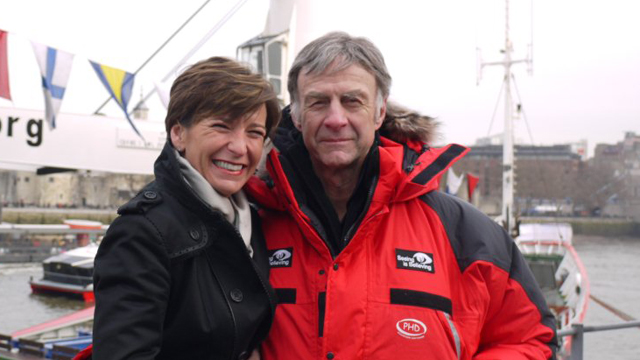 So why does this 68-year old die-hard adventurer do it? Frankly, to beat the Norwegians.

The British and the Norwegians have been locked in a kind of polar war for the past 40 years, trying to outdo each other in pioneering expeditions. As Sir Ran put it to me today "it's an addiction. Once you get bitten by polar records, you keep going for it".

But this latest expedition could be the one that breaks the habit. It is after all the last physical challenge remaining after the Norwegians successfully crossed the Arctic in Winter last year.

There is also the question of survival. There is good reason why this is the first such attempt at an Antarctic crossing. Yes, Sir Ran and his small team will be supported by hi-tech vehicles built to cope in extreme environments but they've never been tested in the kind of conditions the expedition is expected to endure and if something does go wrong, the team is on its own. During winter, all rescue services leave the region. It's simply too inhospitable.

But none of that phases our Sir Ran and his intrepid team. They're not only aiming to step into the record books, they're hoping to raise $10 million for Seeing Is Believing, a global charity to prevent blindness.. and of course, to once again fly the British flag.

Click this link to find out more about Fiennes' remarkable journey.