Becky: Greeks have lost trust in their politicians 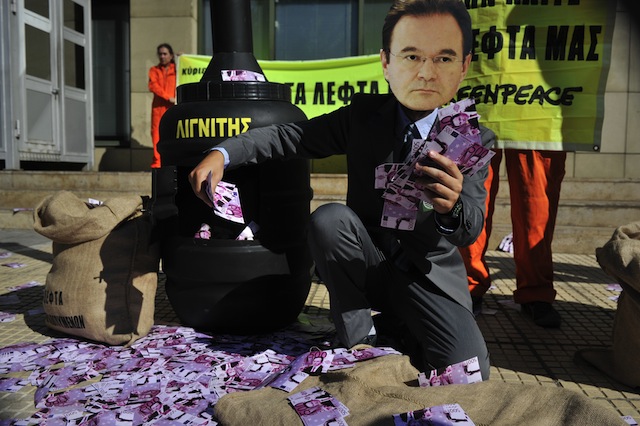 Who knew what, when and how? Three questions Greeks want answered about the now infamous "Lagarde List." Lest we need reminding, this is a list – passed to the authorities in Athens in 2010 – of more than 2,000 Greeks who were allegedly avoiding tax by using Swiss bank accounts. Lest we also forget, that list of names mysteriously disappeared until September 2012 when, we are told, the current Finance Minister Yannis Stournaras learned about it through the press. The plot then thickened last month, when former Finance Minister George Papaconstantinou was accused of removing names from that list – an allegation he denies – and was expelled from his socialist PASOK party. Fast forward to tonight – when legislators will debate whether to start a parliamentary investigation against him.

Inside the seemingly dysfunctional Greek Parliament, parties from all sides are lining up to make political capital out of this mess. Outside, on the streets of Athens, almost everyone I've spoken to complains of a massive trust deficit in their elected officials – particularly at a time when further swinging austerity cuts are decimating their livelihoods – and the lives of generations. They just want to see some accountability. And no doubt in Brussels, there is that sinking feeling that Greek politics could be about to take a nasty turn AGAIN, possibly destabilizing what is a very fragile fix – albeit temporarily – to the crisis in the Eurozone.

Who knew what, when and how? In pursuit of some answers I'll be speaking with Finance Minister Stournaras just hours before that vote – join me for that and more in Athens, tonight at 9 PM GMT.

Leave a Reply to Abdirizak Warsame